A patty between 2 slices of bread makes a sandwich. A slice of bread between 2 patties seems bizarre.

But when can you validate bread between two patties or munching on sweets after brushing on National Backward Day, of course!

As the name suggests, it is one day where you could order or do things in reverse and get away with it. Still, do not quite follow? Keep reading to find out more!

When is National Backward Day 2023?

On January 31, many people celebrate National Backward Day each year. On this day, they engage in the sole task of doing things backward.

It is a fun sport, and many parents ensure that their children observe this day to learn the right way, for good.

Creative minds create ingenious ways to have fun. Such is the case for Sarah Nicole Miller and Megan Emily Scott.

A mundane day and boredom at its peak. The two women were working on the farm when they had an idea.

They came up with the idea of doing things backward in 1961. Soon enough, the word spread to nearby places.

By the next day, the entire community had endorsed the day with great vigor.

So, the 31st of January was officially accepted as Backward Day. It was also registered for schools and institutions to participate, as per discretion.

Why We Love Backward Day

If you still do not wish to participate in this day, I will simply ask you not to if reverse psychology works for you.

Engaging in doing things backward makes you happy. It helps your brain come up with new ideas to do things differently.

Breaks the Mundane Chain of Life

The redundancy that sets in from doing things the same way makes you bored of the task itself. S

o, on this day, you can spice up the work. You might even continue to do things differently.

So, you could pair them with a crop top rather than wearing bell bottoms and bell sleeves. Love the look? Keep it as a styling option for good!

The backward day cannot be fun unless people see your actions in reverse order. So, you can entertain yourself and those around you.

Occasionally, you are a perfectionist who struggles to juggle meeting deadlines and handing in top-notch work.

You can join in the day to take a break. Often you get uncomfortable when your socks do not match, and you discover it too late.

Try doing it on purpose! Lessen the guilt and go about your day!

Interesting Facts about Backward Things to Make Your Jaw Drop

As bizarre as the practice sounds, there is more controversy surrounding it. Here are some fun facts about doing things back:

Below is a list to follow on Backwards Day. You could, out of spite, do the opposite of what we recommend. But hey! That would still be valid!

Have Pancakes at Night

Start your day right! Commit to it by having your first meal backward!

Have the main course for breakfast and breakfast items for lunch or dinner. Switch up the order.

If this floats your boat, switch up the condiments. Have pancakes with hot sauce rather than maple syrup. Let us know if you like the experience.

Wear a casual crew neck and wear a vest on top to go with it. Put on mismatched socks or mismatched shoes and rock them!

Wear a backpack like a handbag! Let your creativity shine through.

Meet up for drinks and snacks and carry your lunchbox and beverage container.

Show up to a garden party with packaged crisps and vodka rather than Mimosas and cupcakes! Run up the escalators when they are meant to lean downwards.

Make sure to record your reactions and share them using appropriate hashtags. Choose hashtags like #NationalBackwardDay to get featured in this section of the app topics.

Scroll through the hashtags to find others participating.

To wrap it up, National Backward Day is celebrated on the 31st of January to do things in backward order.

You can write your name, dress up, or eat backward to celebrate the day. Lastly, do not go overboard and keep it safe.

Q1: Are Other Directional Words Celebrated On The Calendar?

Yes, in addition to this, there is National Left Handers Day, National Opposite Day and Pay it Forward Day.

Q2: What does Backward Day Mean?

It is a day to do things in reverse order. Though Opposite Day and Backward Day are celebrated separately, the tasks are similar, and often activities overlap. With amazing fall tones, brilliant skies, and great restaurants, you can encounter all the exciting experiences in Michigan. The state is famous for making cars and is home to many famous Nobel Prize winners like Eric Betzig and famous actors like Tom Selleck. Famous for its beautiful lakes, the lively area of Michigan is perhaps…

Cocktails are one of the unique ways to enjoy alcohol for recreational purposes.  They are a mix of different alcoholic drinks and served to give the most flavorful taste. Since cocktails are unique and special in every way possible, they needed a national day celebration.  Hence, we observe National Cocktail Day to celebrate these amazing… Creativity is seeing what others see and thinking what no one else ever thought – Albert Einstein. Whether you are a musician, artist, writer, photographer, or have any hidden talent, you deserve to be celebrated. So, let’s celebrate National Creativity Day with us and unleash your inner artist. When is the Creativity Day 2023? National… 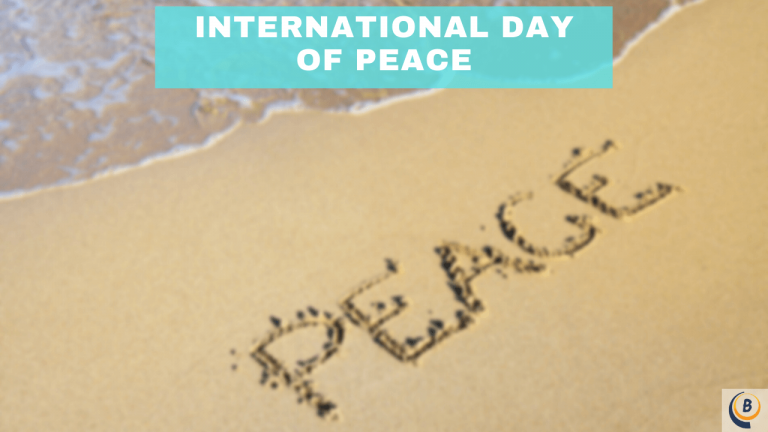 The world that we see today has become pretty challenging to understand. All we can see is poverty, violence, racism, hatred, and much more. At times like these, it is essential to remind ourselves that there is still hope no matter how tough it is.  Hope for a better, peaceful, and beautiful future. The barriers…