The United States of America was built on the foundation that it is a free country home to millions of immigrants.

This ideology gave birth to love for other ethnicities, such as Korean Americans.

To celebrate the union between Koreans and the US, we celebrate Korean American Day every year to show respect, compassion, and love to Koreans living here.

Please keep reading to learn more about this unique holiday and why it is important to observe.

Observed on the 13th of January, Korean American Day is celebrated annually to acknowledge the contribution of our Korean brothers, and sisters.

Here are some fun facts about Korean Americans you might find interesting.

The history and origin of Korean immigrants go back to the early 20th century when only a few dozen Koreans came to the US.

However, by 1907, the number of Americans of Korean origin had increased to over 7000.

Throughout history, Koreans have continued to contribute to the progress of America in various fields.

As a way to honor their contribution and celebrate their achievements, President George W. Bush founded Korean American Day in 2005.

Since then, it has been a celebration for Korean Americans and is observed annually throughout the country.

Importance of the Day of Korean Americans

Here are some reasons why it is important to observe the day of Korean Americans.

Acknowledges the Contributions of Koreans

Koreans have made significant contributions to the progress of America. From sports to the economy, our Korean brothers and sisters have greatly benefited the country.

Hence, the day to celebrate their achievements and thank them for their efforts and hard work should be celebrated with great enthusiasm.

Promotes a Feeling of Love

The day of Korean Americans is important to promote a mutual feeling of love and harmony between the races.

The unity of different races must stay intact in the US, and minorities should feel loved in this country.

As one of the most diverse countries in the world, the US is home to many Koreans, and it is essential that they feel welcomed here.

Reminds Us of Korean American History

The special holiday commemorates the immigration of Koreans and is celebrated to remember the first ones that landed in the US.

It is also a holiday that reminds us of Korean American history and the rich culture they brought to this country. Hence, it is important to celebrate the holiday every year.

Creative Ways to Observe the Day of Korean Americans

Here are some of the ways you can celebrate this unique holiday.

There is no doubt that Koreans have brought their rich culture to our country, and we should thank them for it.

This can be done by celebrating the day of Korean Americans by attending cultural events and showing that Korean culture is important as it is important for them.

Social media is a great way to celebrate this holiday, as you can tell your feelings to your Korean friends.

Post a picture and write a good caption regarding Korean history, acknowledging their contributions.

You can also use a relevant hashtag such as #KoreanAmericanDay. This will show your Korean friends that their community matters to you.

Many times, other ethnic groups are disrespected in the country, which is wrong in every way possible.

To solve the issue, you can do your part by raising awareness of the special holiday.

It is a great way to spend the day, and you can emphasize the importance of unity and love toward minorities.

Q1. What Is Korean American Day?

It is a holiday dedicated to celebrating the union between Korean immigrants and Americans.

The day also recognizes the contribution of Koreans and encourages a healthy relationship with them.

Q2. How Much Is Korean American Population?

The Korean population in the US makes them the 5th largest group from Asia living in the country.
According to a report, the total population of Koreans in America is approximately 1.9 million.

Q3. Which US State Has The Most Korean Population?

California is home to most Koreans living in the US.
New York and New Jersey take the second and third spots for their Korean population.

There is no doubt that Koreans have been a part of American history and culture throughout the years.

They are a group of proud American citizens known for being good citizens.

Their contributions toward the American dream are recognized and acknowledged with the celebration of Korean American Day.

Observing the day also strengthens the bond between Koreans and other Americans and ensures a mutual feeling of unity, brotherhood, and love. Vegetables are loved globally. One cannot simply describe how full of flavors and health benefits they are. If we closely see, more people are now adopting a veggie lifestyle. There are many reasons behind people choosing to be a vegetarian, but mainly, it is related to one of these; Religious reasons, social values, and health… National Education Day is a yearly event dedicated to raising awareness about the value of education. It’s a day that encourages individuals, educators, and the general public to pay tribute to the many people who work tirelessly to ensure that all children have access to High-Quality Education. Today is dedicated to celebrating educators across the… Green Juices are a popular way to include healthy vegetables in your diet without eating them. It is a simple and effective method to consume vitamins and proteins from vegetables to stay healthy and in good shape. National Green Juice Day is celebrated across the country to appreciate the beneficial drinks and encourage more people… 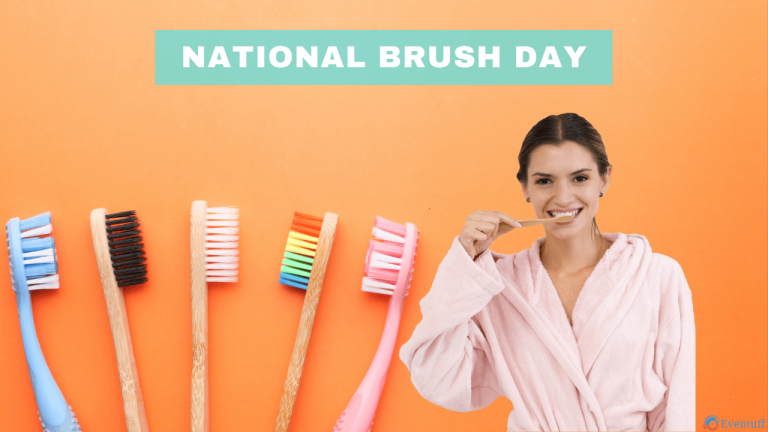 Oral hygiene is imperative to keep your teeth healthy and strong. National Brush Day which is celebrated on November 1st of every year, is designed to raise awareness of the importance of good dental health. It is also a reminder to brush our teeth for two minutes every day. Well, the good news is National… 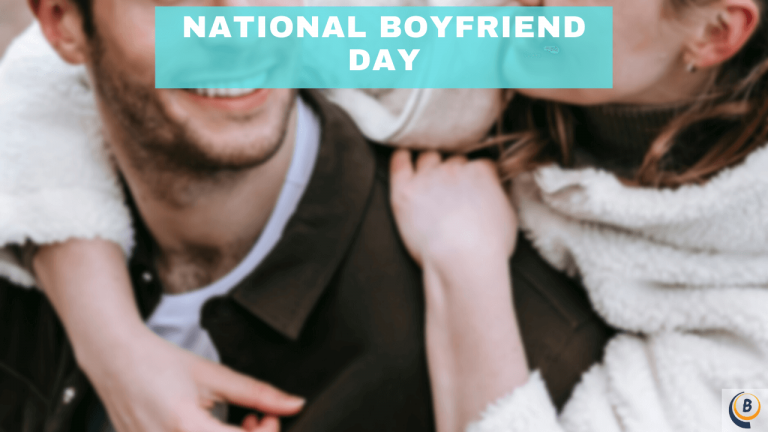 Mother’s Day, Father’s Day, Children’s Day, Brother’s Day, and Women’s Day, there are many days to celebrate others. But don’t you think there is someone else who also needs a little more recognition amid these celebrations? We are talking about another essential man in your life, your boyfriend. Well, you indeed love him. But isn’t…