A fruitcake is one of the staple items consumed throughout the U.S. It serves as an excellent source of nutrition.

It also enjoys the insides of a palm or a slingshot. It often serves as a source of joy to the people of Colorado.

Fruitcakes are a long-lasting item over a dinner table, so you might as well let them be free.

It is held after Christmas to bid farewell to the obnoxiously inedible fruitcakes. So, let us discover how people celebrate National Fruitcake Toss Day.

A few days after observing Christmas, Fruitcake Toss Day is observed annually on the 3rd of January.

The custom holds dear to the people of Colorado. Many tourists visit the place to participate in the function. So, load your fruitcake Artillery up and make space for new Items.

Here are some facts about Fruitcakes as interesting as throwing them away:

This Roman dish containing pine nuts, raisins, and other dried fruits has been popular worldwide.

Its recipe has seen many variations. Sugar made it one of the staples in 16th-century Europe.

However, it lost its likeability in terms of consumption. The sponge brick started being ridiculed on popular shows like “The Tonight Show.”

This led to the first Fruit cake Toss of 1996. Ever since then, it has been a national event.

The fruitcakes are mostly not wasted as they are fed to pigs. People have been so passionate about it that they used machines to throw away a Fruitcake!

Fun Ways to Observe the Day of Fruitcake Toss

Here are some ways you can celebrate the National Day of Fruitcake Toss.

Pick up any old fruitcake lying, send it flying, and see how far it goes. The toss is organized in Manitou Springs, among other festivities.

Fruitcakes are only allowed to have edible substances and are judged by highly trained Toss Tech Inspectors.

Play Catch with It

If you have a couple of friends and have lost your baseball, just use a fruitcake!

Americans need a reason to celebrate and go over the top. You can design cannons for fruitcakes or even a good old catapult.

Use your engineering skills and participate in the Cool Science Exhibition of the infamous Fruitcake Toss.

Contradictory to the essence of Toss a Fruitcake Day, you can simply dispose of them by consuming them.

You can challenge your neighbors to a cook-off. There is an annual “Too Good To Toss” bake-off as well.

With the advent of the 21st century, social media has slowly integrated into our lives. Contribute to making this event mainstream on social media talk.

Do not forget to use the #NationalFruitCakeTossDay.

Why we love Fruitcake Toss Day

Tossing a fruitcake seems fun. But if you need to look into more specifications, the following are the reasons we should observe this occasion:

Being one of the foremost events after Christmas helps the holiday season come full circle.

It can appeal to your athletic side and interest you to have fun alongside your friends.

We, as a nation, love to compete. Nothing gives you the satisfaction of besting your family, friends, or just random people.

So, if you have a competitive side, just load up a bag of fruitcakes and tell everyone that you are born for this.

America is a cultural whole. People come together to share their love for such an amazing event.

Neither is this even exclusively associated with Colorado. You need a bag and fruitcakes to carry them within.

Let’s look at some frequently asked questions about fruitcake toss day below.

Q1: What State Is Home to The Great Fruitcake Toss?

The fruitcake toss tradition originated in the State of Colorado 27 years ago. The State has religiously followed the tradition each year ever since.

Q2: How Many Fruitcakes Are Sold Each Year?

According to the statistics by Serious Eats, over 2 million fruitcakes are sold each year. The data was last collected in 2018 and has been subject to little variance.

The State holds the recreational event in the Memorial Park in Manitou Springs. It runs from noon time and is subject to rules for the safety of participants.

To conclude the blog, if you find leftover fruitcakes at your house, just toss them into the heavens.

If you live nearby Manitou springs, you might as well join the initiators of this event.

Gather around with your neighbors with the farthest length and greatest elevation. Post on social media, and don’t forget the hashtag #NationalFruitcaketossday.

Lastly, play fair, and we wish you a happy National Fruitcake Toss Day! 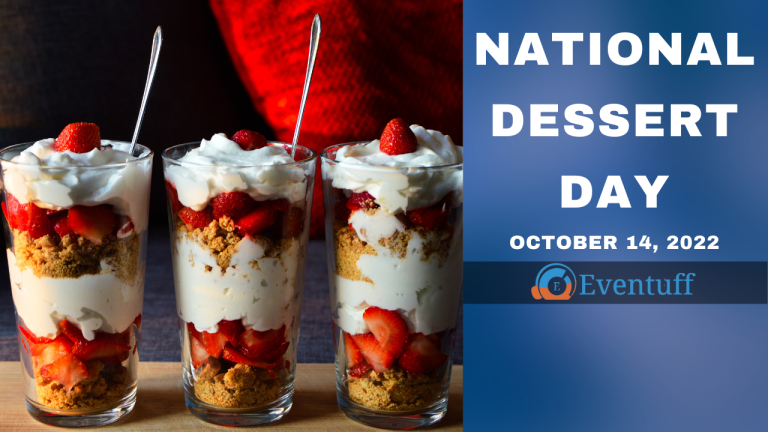 Are you a dessert lover? If you nodded your head on this, surely you will be crazy on National Dessert Day. People in the United States of America love to enjoy their favorite desserts on this special day. But here, let us clarify that the word dessert is not just specific to sweet dishes, food,… When it comes to consumer goods, coffee is the biggest thing that crosses our minds. It is the most popular drink in the world, with more than 2 billion cups consumed daily.  Coffee is consumed in various ways, but espresso is one of the top ways to consume it. Espresso is a popular method among… Human Trafficking… Even this word gives out intense chills. Unfortunately, human trafficking is widespread in today’s world.  On the other hand, the good news is that many brave victims survive. There is a day declared as National Inner Beauty Day on October 7th in honor of these survivors to let them know how proud we… Reduce. Reuse. Recycle. Does it ring any bells? This punchline has been the cornerstone of any ongoing pollution-inhibiting campaign. Pollutants tend to be hazardous. They release harmful gas into the atmosphere, and microplastics endanger marine life. But post-globalization and industrialization, it is impossible to cease production of these completely. The ancient civilizations engaged in reusing…